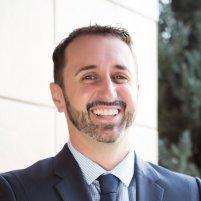 Peptide therapy is a revolutionary new field of medicine that can help treat a nearly infinite number of medical conditions. Ignacio Guzman, MD, is a leading expert in the administration of peptide therapy and has helped many patients achieve their health care goals at North Fresno Primary Care in Fresno, California. To learn more about how peptides can improve your quality of life, schedule an appointment today by calling the office or using the convenient online booking tool.

What is a peptide?

Peptides are short-chain amino acid monomers linked by a peptide bond, but what’s actually important to know is that peptides are the data messengers of your body. Your body uses peptides to send signals between cells, telling them what to do, how to react to certain stimuli, and which biological processes to turn on and off.

Your body has over 7,000 different types of peptides that we know of, and each of them controls a specific bodily function.

What is peptide therapy?

Peptide therapy is the artificial introduction of peptides into your body in order to stimulate a particular and natural biological process. If that sounds vague, it’s because peptides control so many different bodily functions that peptide therapy has an incredibly diverse range of uses and applications.

Most peptides are administered as subcutaneous injections, or shots, but it’s also possible to receive a number of peptides through nasal sprays, transdermal creams, and oral tablets.

What conditions can peptide therapy treat?

Peptide therapy can be used to control and augment a broad spectrum of biological functions, such as:

Certain peptides can be used to help your body protect itself against harmful foreign invaders. Use of these peptides can boost your immune system and provide effective treatment for autoimmune diseases such as ulcerative colitis, rheumatoid arthritis, ankylosing spondylitis, and Crohn’s disease.

Peptides can stimulate your body’s release of hGH, or human growth hormone, which can help you build muscle mass. Growth hormone is vital in the conversion of cholesterol to pregninolone, which is a vital testosterone precursor. Thus, peptides can improve blood testosterone levels by several hundred points. These peptides also stimulate your body to release more IGF-1, or insulin-like growth factor, which not only aids in fat loss and lean muscle growth but can also help enhance your sleep and help fight against insomnia.

Peptides can help you lose weight by suppressing your body’s appetite signals and increasing your resting energy expenditure. These peptides can also lower your triglycerides, cholesterol, and insulin levels.

Some peptides work specifically to help your body rehabilitate itself during surgical recovery or injury recovery by reducing inflammation, enhancing blood clotting, and encouraging tissue regeneration and repair. These peptides can be particularly useful for patients who are recovering from heart attacks, strokes, surgery, or injuries.

Peptides have also been shown to be an incredibly effective libido enhancement and treatment for erectile dysfunction, even in men who haven’t responded to other ED treatments, such as Viagra®.

These are just a few of the potential uses of peptide therapy from a list that is almost endless. If you’d like to learn more about peptide therapy, schedule an appointment today with Ignacio Guzman, MD, and the renowned team at North Fresno Primary Care. You can call the office or use the convenient online booking tool.